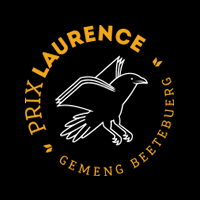 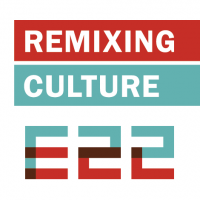 The Prix Laurence is a central element of the literary festival LiteraTour organised by the Municipality of Bettembourg (L). Since its creation in 2015, 446 authors have participated in the Prix Laurence with 801 texts.

Within the framework of its participation in "Esch2022, European Capital of Culture" and its LiteraTour festival, the Municipality of Bettembourg invites all young authors from the Greater Region, the partner city of Esch2022, Kaunas (Lithuania) and the partner cities of the Municipality of Bettembourg (L), namely Valpaços (Portugal) and Flaibano (Italy), to participate in the 7th edition of the Prix Laurence.

As in previous editions, the organisers did not want to limit the young people either in the themes addressed in their creations or in the genre of literature. All types of literature are welcome: prose, poetry, songs, rap, theatre...

As this 7th edition evolves within the framework of "Esch2022", young authors are invited to write around the vision of "Esch2022" - the European idea, Remix Europe, Remix Yourself and the digitalisation. Let's push the limits of what is possible, let's celebrate our differences to use them as pillars for a common future.

A local jury in Lithuania, Portugal and Italy will take care of the pre-selection and translation in the participating countries and will submit their choice to the Luxembourgish jury who will select the finalists.

All finalists aged 18 to 26 will read their texts live at the grand finale in Bettembourg in front of the public and jury on Sunday, 24 April 2022.

Afterwards, they will participate in a 5-day author's residence in Bettembourg (L) where workshops, creative workshops, tourist visits and exchanges will be on the programme.

The texts of all finalists and laureats will be published in the 2022 edition of the Prix Laurence Anthology.